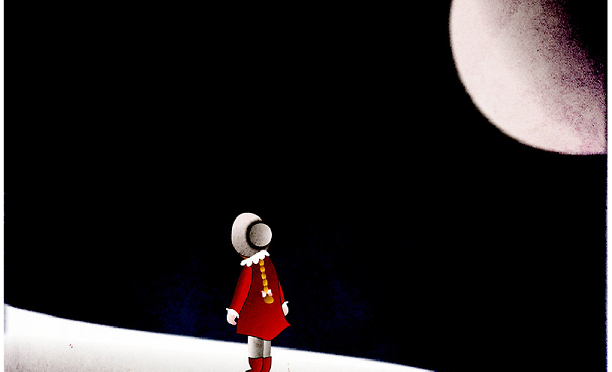 From childhood’s hour I have not been

I’ve spent a good portion of my life alone.

I don’t mean alone in the sense of being unattached; I’ve been married for more years than I’ve been single. By alone, I mean in a solitary state. I’m tempted to say not in the company of other people, but I can be alone in a crowded room as well as in an empty room.

If you’re not an aspie, this might make you feel sad for me.

Don’t. I enjoy being alone. I know this can be hard to understand. The Scientist often tells me that I should go out more, that it’s not good for me to be home alone all day. One of the enduring themes of my childhood was that I needed to make more friends. It showed up on report cards and in parent-teacher conferences. At one point my parents discouraged me from visiting my best friend, in the hopes that it would force me to make other friends.

Mostly it all made me angry. I didn’t see the point of interacting with a lot of people. Having a couple of friends left me plenty of time to do the things I liked to do alone: riding my bike up to the reservoir, walking in the woods, listening to music, reading, organizing my collections, shooting baskets, rollerskating, throwing a tennis ball against the wall, playing board games.

Some of the best games of Risk and Monopoly were the ones I played against myself. One of my big childhood fantasies was that I’d find a friend who played Risk exactly the way I liked and we could play together. While I was waiting for that pipedream to come true, I kept staging epic battles with myself.

I can see how an adult would look at nine-year-old girl spending a Saturday afternoon in her room playing Monopoly by herself and think, “how sad.” But honestly, I was having a great time. No other kid my age (that I knew of) would play so seriously for so long, without getting bored. And don’t me started on the kids who wanted to change the rules or who cheated.

Hiding Out and Hiding in Plain Sight

Because I could be such a handful, I think my parents were happy when I was out of their hair. They gave me a huge amount of latitude in what I did with my free time–the kind of freedom that few kids today would be allowed. Our house backed up to acres of wooded land. I could walk from the backyard into the woods and spend an entire afternoon wandering. All I had to say was, “I’m going for a walk in the woods” and my mother would remind me to be home for dinner. Off I’d go, my Mickey Mouse watch strapped around my wrist to remind me of the time. No one ever asked where I was going or what I was doing in the woods. Until I had a child of my own, I didn’t realize how odd this was.

In time, I came to know the woods like the back of my hand. I walked the same routes so many times that trails emerged. I walked and walked, climbed trees, sat alongside the creek. In fifth grade, I got a 10-speed bike for my birthday. Now I could ride for miles. Up into the hills, where the houses thinned out and became sparser. To the reservoir. To a hidden spring where ice cold water bubbled up endlessly from the ground.

Even when I had to be with people, I managed to somehow be alone. When my family visited my aunt and uncle’s house, I’d spend the visit playing solitaire at the table where the grown-ups were talking while my cousins played outside.

My aunt, another solitaire player, taught me complicated variations of the game. She also gave me coloring books and my cousins’ cookie tin full of crayons. She showed me how to give the ladies in the coloring books “plaid” dresses using a ruler to make colorful patterns of lines. Some nights I spent my whole visit making every single item of clothing in a coloring book plaid.

When I grew too old for coloring, I retreated to my older cousin’s room. Like my aunt, she seemed to get my need for being alone. She loaned me books to read and albums to listen to, fueled my obsession with The Doors and my love for rock and roll. When she went out with her friends, she closed the door and left me lying on her bed with the music turned up and my head buried in a book. When it was time to go, my parents would send my sister up to retrieve me.

The Beauty of Benign Neglect

While my parents pushed me to have more friends, they didn’t seem especially concerned about my tendency to do things alone. They rarely told me to go outside and play with the neighborhood kids. They never told me to not to go off on my explorations. They didn’t care that I spent hours alone in my cousin’s room during our visits.

As long as I was occupying myself, I had a lot of freedom to do what I pleased. Out of sight, out of mind. It was the seventies. Parents weren’t expected to know what their kids were doing 24/7. There was an element of benign neglect at work that was a blessing in disguise for a young aspie.

Eventually, as I got older and started spending every moment at home in my room with the door closed, they started to grow concerned. They instituted rules about when I could close my door and how much time I could spend in my room. By this point, adolescence was in full swing and I’d started having meltdowns. I think my parents assumed my isolation was responsible for my emotional instability, but in fact the opposite was true. The more they tried to force me to interact and limited my alone time, the more emotionally fragile I became.

I started lying about where I was going, saying I was riding my bike to a friend’s house when I was just going out to ride around alone.

Thankfully, as an adult, I get to choose how much time to spend alone. Having control over the amount of social interaction in my life is one of the fundamental ways I keep myself on an even keel and avoid exhausting my internal resources.

When I look up alone in my thesaurus, I find a long list of negative and depressing synonyms: abandoned, companionless, deserted, desolate, detached, forlorn, forsaken, friendless, hermit, isolated, lonely, lonesome . . .

The times in my life that I’ve experienced this type of aloneness–the lonely, companionless isolation–I’ve nearly always been surrounded by people. I still remember how I felt, stepping off the bus at the YMCA camp, on the day of my fifth grade end-of-the-year field trip. The other kids scattered immediately and I was left with the sinking realization that they’d planned their activities–and secured partners for them–in advance. I wandered a bit until I found a deserted swing set–fifth graders don’t play on the swings–and was soon joined by the kid who would try to hang himself at recess the following year.

Later, I joined the nature hike, played tennis with some kids from another school who needed a fourth player, went swimming by myself, and was told that I sucked at ping-pong and should go do something else. I spent most of that day feeling lonely, though I was surrounded by my fifth grade class.

Yet, when I’m alone, I rarely feel lonely. If I were writing the thesaurus entries for alone, the synonyms would include: authentic, free, individual, indulgent, open, peaceful, protected, pure, quiet, rejuvenating, solitary.

Thanks to the amount of time I spend alone, I’m on intimate terms with myself. I have a running internal dialogue that informs my life, my writing, my relationships. I observe and absorb the world around me.

Thanks to years of practice, I’m good at being alone. The sense of inner security this creates is one of the hidden gifts of Asperger’s. It gives me strength and certitude in life. It anchors me in long hours of silence. Like an experienced swimmer thrown from a capsized boat, I’m confident that I can make the long journey to shore.