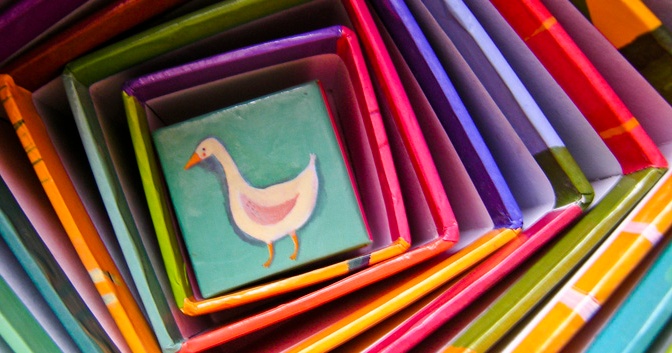 Back when I first started reading about ASD, I came across David Finch’s “Journal of Best Practices.” If you haven’t read it, all you need to know is that after being diagnosed with Asperger’s he started keeping a journal filled with social rules (best practices) that he wanted to remember.

What a great idea, I thought. I should do that!

Yeah. It turns out that I’m not anything like David Finch. He went about cataloging the rules he was learning with a humor and fanaticism that I just don’t have. I wrote down the rules I was learning for approximately . . . two weeks. Then I got distracted by some other bright shiny thing I can’t remember and abandoned the file.

As I was cleaning out my Google docs folder recently, I came across the rules I’d written down. And I have no idea what the point was, because unlike Finch, who actually set about following the rules he’d learned, all I did was write snarky explanations to justify breaking the rules.

That was a year ago, so I thought it might be fun to revisit them. For each, I’ve listed the rule, my response from a year ago and my current response.

The rule: If you stare at someone, they’ll think you’re interested in them or angry with them or are being intentionally rude.

What I thought then: When I stare at someone it’s because there’s something about them I can’t figure out or because I’ve zoned out and don’t realize I’m staring. I can avoid staring when I’m conscious that I’m doing it but that isn’t always the case.

What I think now: I’m an unreformed starer. This isn’t something that’s going away. It may have to do with motion, at least some of the time. The other morning The Scientist said, “did you realize you were staring at that car?” and I replied, “what car?” He pointed to a car that was then stopped at the light on the corner. I was stunned to realize that not only did I not know I’d been staring at it as it drove by me, I hadn’t visually registered the existence of the car.

This is also why, at least once a month, I nearly walk in front of a car while crossing a street or parking lot. My visual processing seems to turn itself off when I’m staring. Which I guess means I’m not actually “staring” because staring implies seeing.

The rule: When you say goodbye or thank you as you’re leaving a restaurant (or other place) look at the person you’re talking to, not at the door or in the direction of the exit.

What I thought then: When I look for the exit, I’m not being rude, just getting ahead of myself. This is pretty easy to fix because I can prepare in advance.

What I think now:  Yeah, no. If I get this one right half the time, I’m doing good. There are so many things to think about. Where is the exit? What am I supposed to say in this situation? Is there anything in my path I might trip over or walk into? There’s also the fact that being in a restaurant or other crowded place wears down my interest in social interaction. By the time I’m leaving, I’m in go mode.

The rule: If you encounter someone in a hallway or other place where you need to pass them, look at their eyes to see which direction they’re looking in (right or left). That’s the direction they’ll move toward as they pass you. Once you determine this, look in the other direction and go that way.

What I thought then:  My instinct is to look in the same direction as the other person which apparently causes them to change course. Then we do that little back and forth dance a few times before passing each other.

What I think now:  I’m much better at this now! At least 75% of the time, I can pass someone without doing the back and forth dance. You can’t imagine how exciting this is. Okay, you probably can.

The rule: If you’re sitting on the train and a person you’re with is standing up and holding a bag/package, offer to hold it for them.

What I thought then: When The Scientist tried hinting to me to offer to take my daughter’s bag, I had no idea what he was getting at. He finally gave up and told me explicitly what he meant and even then I was a little mystified. If she wanted me to hold her bad, why didn’t she just give it to me? I was also mean about it afterwards, repeatedly taking the bag with our dinner leftovers from him while we were walking down the street and then asking him why he wasn’t offering to carry it for me. Bad wife.

What I think now: Not one of my finer moments, that. I might be better at spotting opportunities like this. I get the general rule of try to sense when other people might need help and offer to help them. Still, generalizing is hard.

[Rule redacted due to TMI – the pitfalls of no longer writing anonymously . . . ]

The rule: When a conversation lags, ask a general open-ended question like “what are your plans for the summer?” or “have you been watching the Olympics?”

What I thought then:  I live in mortal fear of a conversation with an acquaintance lapsing into awkward silence. It’s what makes me dread small talk in the first place.

What I think now: I’ve improved my conversation skills a bit, mostly through practice and actively taking note of how others use open-ended questions during a lull in conversation. It helps to plan ahead and have some questions prepared in advance. Also, I’ve found that once I ask an open-ended question, I can encourage the other person to keep talking by asking for their feelings about or reactions to things they describe. This reduces the number of questions I need to prepare and avoids turning a conversation into a mini quiz.

The rule: If you want to talk about something important, wait until you’re face-to-face before you begin the conversation. Face-to-face conversing carries more weight than saying something when the other person is walking up the stairs ten feet away with their back to you.

What I thought then: This makes sense and I need to work on putting it into practice more. The problem with this rule is that I often have difficulty suppressing the need to talk when something important pops into my head. A strategy may be to mentally “schedule” a time to talk so I can reassure myself that the conversation will happen at a specific time.

What I think now: This is another one that’s still hit or miss. I have trouble inhibiting my speech until a later time. The more important a subject feels, the more difficult it is to inhibit. I have noticed that waiting and raising important subjects at more appropriate times gets a better response though.

Although I’ve had mixed results, there was nothing on this list that I’d completely forgotten writing down. To some degree, I’ve attempted to work on each of them. When the results have been less than stellar–the staring thing, for example–it turns out that there are probably underlying issues.

More importantly, doing this little exercise has shown me that I’ve changed the way I go about change. Initially I was all about learning things piecemeal and to some degree about improving my ability to pass. I have mixed feelings about this now.  In general, I think my focus is shifting toward being healthy and improving my coping strategies, which is challenging me to learn a whole different set of rules.