Happy 2014! I hope you’re all staying warm. This is the first in an occasional series of reflection posts about Silent Monday.

Intentional silence–silence by choice on Mondays–is forcing me to think hard about involuntary silence. It’s also raised the question of when do I need to speak and why?

Passing someone on the street? That seems like an obvious don’t need to speak situation. A nod, smile, wave or some other gesture passes for acknowledgement of the other person’s greeting or existence.

Impromptu question from a stranger at the gym? Might be able to take care of that with a nod or gesture. Might have to speak.

Picking up a package at the apartment office? One (but not both) of us will have to speak. The Scientist and I divide up the responsibility, taking turns doing the necessary interacting with strangers.

Replying to a stranger who stops me on the street to ask for directions? Obviously requires speaking.

A set of rules forms and like most rules, they work until I run up against the unforeseen exception.

Intentional is Different from Intent

One morning while running, I passed a young man walking in the opposite direction. He said “good morning” and I nodded, smiled and raised one hand in a gesture of greeting. When he was about 10 yards past me, he yelled back at me in a sarcastic tone “good morning to you too!”

That stung. Obviously, when I didn’t verbally acknowledge his greeting, he was offended and made certain assumptions about me. As his words echoed in my head, a lot of unpleasant feelings starting churning to the surface. Anger. Indignation. Confusion. Pride. Embarrassment.

I wanted to turn back and run after him, tell him that I’m not racist or classist or whatever he mistook me for. On any other day of the week, I would have said “good morning” to him. In fact, I might have said it first.

And then it hit me. While I would never actually run after him and explain, I could have. I generally have the privilege to speak if I choose to. Perhaps not as eloquently as I’d like or as reliably, but even unreliable or glitchy speech is a privilege. On Silent Mondays, I am silent by choice.

That realization got me thinking about what it might be like to be nonspeaking. To regularly have assumptions made about me based on whether or not I verbally replied to others–to strangers, to those in authority, to healthcare workers or those in a position to make decisions for or about me.

And before this starts sounding like one of those icky empathy exercises where people close their eyes for five minutes and declare they know what it’s like to be blind, let me stop there. Because these moments of discomfort don’t actually give me insight into the experience of my nonspeaking sisters and brothers on the spectrum. They’re simply part of my experience of choosing to be silent and of how others react to that.

Which raises the question of how far is too far to take this experiment? Do I need to be silent when approached by strangers? In public? All the time? Most of the time? 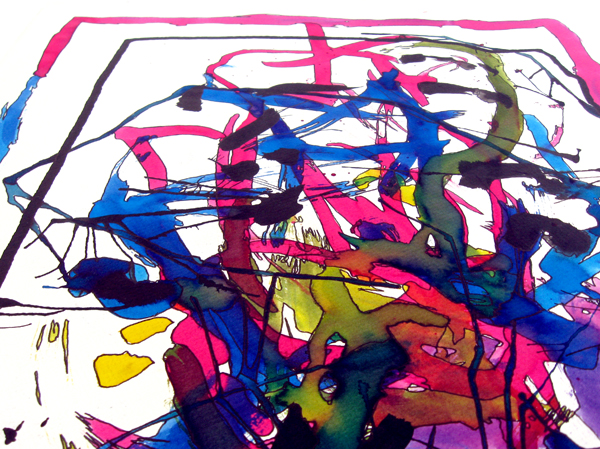 How Far is Too Far?

My instinct is to minimize speaking as much as possible, because I’m literal-minded and rules-focused and silent means silent. But I was forced to consider how committed I was when we went out for dinner on a silence day.

About halfway through our meal, it became obvious that our server and some of the other guests suspected I was mute. The Scientist–taking the role of designated speaker for dinner, since I’d taken a turn at the movie theater–had ordered our meals. Aside from some communication through hand signals, we were silent throughout the meal. I have to admit this felt awkward at first. Like maybe we were unnecessarily calling attention to ourselves or were being silly to flaunt social conventions.

It would have been easier to simply suspend silence day and speak during the meal, but we chose not to. It was a Sunday, the first of two consecutive silence days. We’d never attempted two days in a row. Speaking for an hour over dinner felt like it would have defeated the purpose.

What purpose? In addition to giving my language processing a break, silence days are about being with ourselves.

On that Sunday, we’d just come from watching Catching Fire. Naturally, I wanted to talk with The Scientist about what I’d liked and the characters and the plot and what might happen in the next movie. Instead, spending quiet time with my thoughts gave me the chance to digest them, to see where they would take me if I simply sat with them, free from external input, but also free from the relief of releasing them.

It was just a movie, so this example sounds silly, but the concept is universal. It applies to work happenings and personal crises and all of the ups and downs and neutral events that happen over the course of a day. There’s something about being alone with my thoughts and feelings that deepens and changes how I experience them. Generally this happens in a positive way. Occasionally, it happens in a scary way. I’m learning to appreciate both.

32 thoughts on “Scenes from Silent Monday (I)”